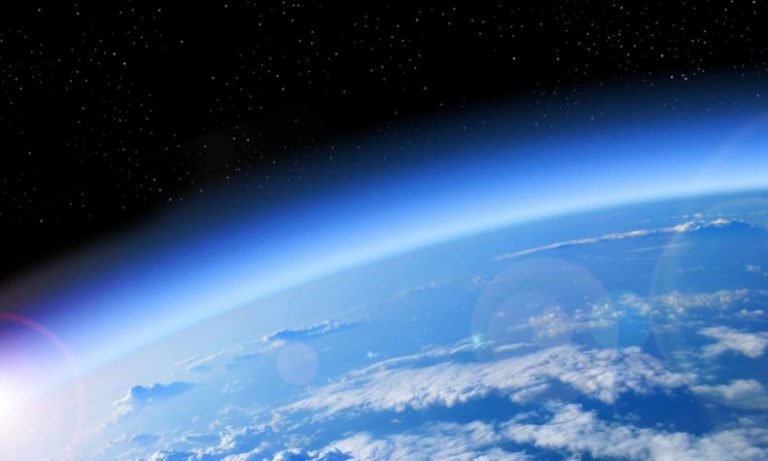 First, the bad news: there is a record-size hole in the ozone layer above the Arctic. And as Ozone is a super-important layer of the atmosphere that protects us from radiation and sunburn, that’s fairly concerning.

The rare hole has been tracked from space and is caused by lower temperatures and the presence of ozone-destroying chemicals chlorine and bromine in the atmosphere. And yes, those are caused by humans.

Now, the good news. Located above the north pole, the hole is largely harmless to humans. And it’s expected to disappear within a few weeks.

But if it does move further south, it could cause increased sunburn in Greenland. So if you’re reading this in Greenland, best lookout that suntan lotion and slip slop slap!

Where is the Ozone?

As any 90s kids out there will know, the ozone layer – and its depletion – was big news for years, and caused a serious re-think in global pollution. CFCs were largely banned and the huge hole above the South Pole became a global news story.

“The hole is principally a geophysical curiosity,” said Vincent-Henri Peuch, director of the Copernicus Atmosphere Monitoring Service. “We monitored unusual dynamic conditions, which drive the process of chemical depletion of ozone. [Those dynamics] allowed for lower temperatures and a more stable vortex than usual over the Arctic, which then triggered the formation of polar stratospheric clouds and the catalytic destruction of ozone.”

And, amazingly, we’ve come to the end of this news piece without mentioning the word Coronavirus. And no, this hole has nothing to do with the Coronavirus or Covid-19.

And now for a cute distraction to end. Check out these super-cute animals wandering around Dubai Mall!