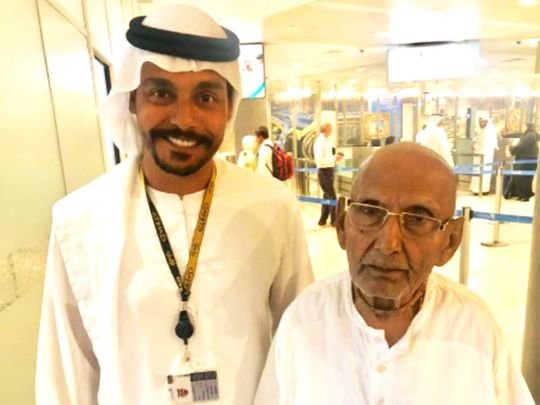 They say that age is actually just a state of mind. Agree or not, but 124-year-old Swami Sivananda proves the saying after landing at Abu Dhabi airport alone.

Immigration officials at the Abu Dhabi Airport (AUH) were shocked to see Swami Sivananda’s passport, showing he was born on 8th August, 1896. He arrived at the airport from Varanasi, India, transiting in the capital before boarding on a flight to London through Etihad Airways.

Could he be the oldest person alive?

Last March, Guinness World Records announced Kane Tanaka from Japan as the world’s oldest living person, aged 116 years old. If Sivananda’s age turns out to be true after an investigation by the record listing authority, not only can he claim Tanaka’s title, but also the record for the oldest person to ever live.

“As long as you’re fit to fly, there really is no age limit to air travel. Etihad flies people of all ages every day, from the youngest infants to centenarians, and we are committed to ensuring that all our guests are well-looked after.”

If Swami really is as old as his passport says, then we want to know his secret! Apparently he puts his youthful demeanor down to a few small practices – abstaining from intimacy, avoiding spices and doing yoga every day. The spring-chicken of a man has apparently lived through three centuries already and shows no signs of slowing down, still exercising daily. Amazing! Excuse us while we get our yoga mats out….