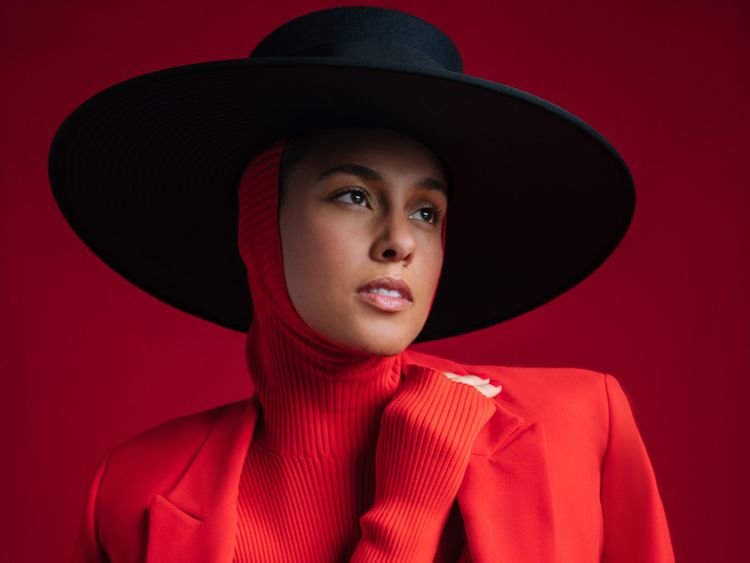 We all know that Alicia Keys is an amazing vocal talent. Her rise to global stardom began with her widely successful debut album, ‘Songs In A Minor,’ which peaked at number one on Billboard 200.

The 37-year old soul icon brought us hits like “Fallin’,” “Girl On Fire,” “If I Ain’t Got You” and “Unthinkable,” which earned her 15 Grammy awards and 29 nominations.

Keys is no stranger to Dubai, having performed at the Emirates Airline Dubai Jazz Festival last February. She will be making her debut at the Coca-Cola Arena with a live performance and motivational talk.

“I am both honoured and excited to have Alicia Keys on our stage. Not only is she a role model to aspiring girls, but she is a humanitarian, a mother, a wife and one of the most successful people in the world. Our aim is to tell stories and provide the knowledge through real life experience to motivate the masses.”

Celebrities like Leonardo Di Caprio, Hugh Jackman and Usher have sought advice from Robbins. He’s one of the world’s premier speakers on leadership and self-development.

Robbins helps people overcome their biggest difficulties. He’ll be delivering a talk at the ‘Achieve The Unimaginable’ mega-event in Coca-Cola Arena, loaded with entertainment, learning and fun.