Apple has updated its range of emojis and now features the popular Arab gesture  which means ‘wait’ or ‘be patient.’ It can also mean be quiet or to calm down. There’s not a day that it’s not used in the DubaiLAD office tbh.

The updated Apple emojis features on the latest iOS 14.2 update. 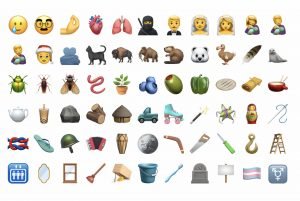 The gesture is very common across the Middle East – you simply bring your fingertips together while holding your hand out. It’s also referred to as Osbor Shwaya and shway shway in Arabic slang. As well as being popular in the Middle East, it’s also a common sight in Italy.

The Arabic emoji is one of more than a hundred that have been rolled out on Apple’s emoji keyboard including a smiling face behind a mask.

Can you now apply to be Emirati?

A new law proposal could mean that it’s now possible for UAE residents to become Emirati through the UAE Citizenship Act.

But there are quite a few things you need to do first. Like renounced your current nationality – so you can’t be Spanish and Emirati, for example. You also need to learn or know Arabic and pass security approval.

If you were given citizenship, it would mean you no longer need an Emirati sponsor and you’d be eligible for government benefits and tax breaks.