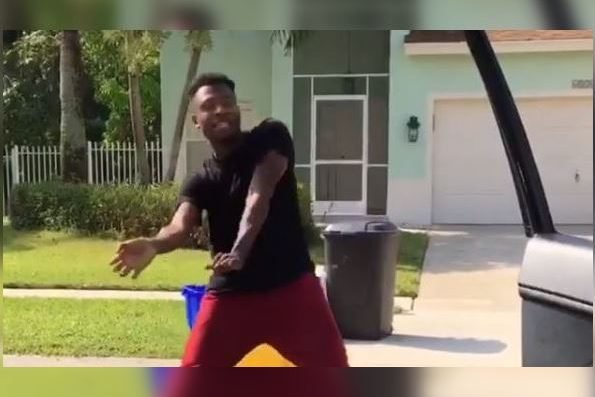 Beware Folks! The Keke Challenge Can Get You In Deep Trouble

Doing the ‘Keke Challenge’ was all fun and games until this week but now, Abu Dhabi’s Judicial Department has warned residents about the dangers of the challenge and about its fines.

Hefty fine for doing the challenge

Here’s how the Keke challenge works

For those who aren’t aware about the trend, it goes like this; The Kiki challenge was inspired by Drake’s new song ‘In My Feelings’, from his latest album, ‘Scorpion.’ The challenge has got people performing the dance while it has to be shot from a moving car at a slow speed. The trend became a viral hit and already got celebrities performing on it too, like Dua Lipa and Will Smith.

Social media influencers in UAE got arrested for the challenge

Abu Dhabi’s Public Prosecution has already arrested three social media influencers after posting the challenge online. Their names are undisclosed but their imprisonment is a reminder that the challenge is a threat to motorists and can land one with a Dhs2000 fine and 23 black points. Abu Dhabi Judicial Department found these social media influencers “disrupting public morals.”