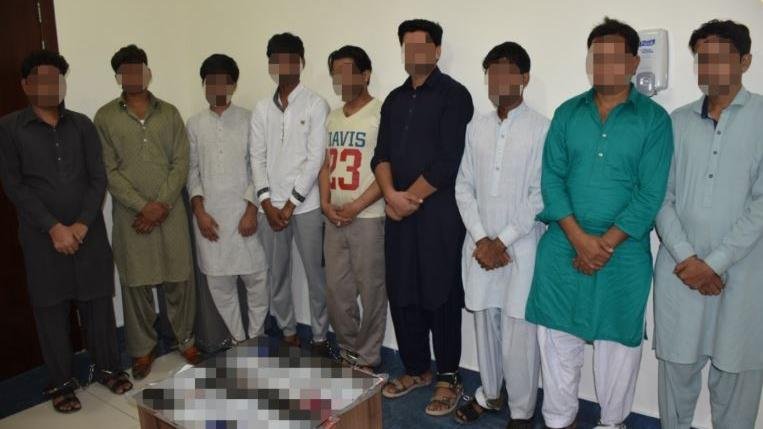 Abu Dhabi Police busted 29 scammers for posing as call centre reps from a bank and duping victims into handing over their personal information.

Bank fraud in the UAE

A gang of 29 South Asian expatriates posed as call centre staff from a bank targeting residents in Dubai and Abu Dhabi. They scammed their victims by advising them that their card details needed to be updated and asked for log-in and personal information.

Many were taken in by the scammers and provided their information, giving the criminals access to their bank accounts.

Abu Dhabi Police investigated the matter along with Dubai Police and Ajman Police. They managed to unravel the 29-member gang behind the scam, locating the individuals in their own places of residence. 25 of them were caught in Ajman, following another four in Dubai.

Here’s how you can avoid getting scammed

Scammers have been rife in the UAE over the last few years, often targeting innocent residents, social media users and celebrities too. Brigadier General Omran Ahmed Al Mazrouei, director of Criminal Investigations Department at Abu Dhabi Police, advises UAE residents to report scams to the Aman toll free number, 8002626, or head to the nearest police station to report scammers. Under no circumstances should you give out personal details or banking information over the phone. Your genuine bank would not ask for this information by phone.

Earlier this year three gangs were arrested for similar activity and in some cases, the operations were so well established that those involved were receiving monthly salaries and benefits for their part!

Check out this Dubai-made parody about phone scams

In a campaign by Dubai Police against phone scams, they collaborated with banking mogul Emirates NBD to drop a hilarious parody music video inspired by Shaggy’s 2000 hit, “It Wasn’t Me” to educate residents on the issue. Check it out:

Gangs and crews involved in scams in the UAE are subject to a huge penalty and jail term. They could receive imprisonment of a minimum of six months and fines ranging from Dhs 200,000 to Dh1 million. Here’s more information about how to report cybercrime.