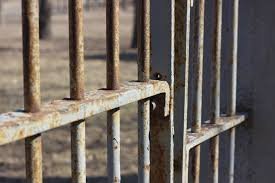 Chaos As British Expat Is Imprisoned After Brunch Fight

What seemed to be a “prank” on a person sleeping at a restaurant led to a chaotic fight leading British resident Asa Hutchinson receiving a jail term of three months, as reported by The National.

Brunch fight started as a “prank”

Last year, Hutchinson, a 22-year-old British expatriate was at Dubai International Financial Centre (DIFC) for brunch with a group of friends, including three males and one female. After the brunch, they spotted a man, identified as a 54-year old Swedish IBM executive sleeping on a sofa at a restaurant in Al Fattan Currency House and pulled a “prank,” by snapping images of him with one of their female friends posing next to him whilst one of the women asked why he “assaulted” her son. However, the victim says they did more than that.

Beaten up by the group

Allegedly, he was awoken by the group’s laughter after getting slapped in the face, being scratched by both the women and getting hit in the nose, leading him to fall to the ground, after which each of the group members kicked him. The victim was unsure if it was a “punch” or whether he was “buttheaded,” but things got problematic when his face started to bleed. A security guard witnessed the scene and immediately called the police.

Expat charged with assault and sentenced to jail

Both Asa Hutchinson and another man, identified as a 26-year old were convicted of assault at Dubai Criminal Court. A medical report showed the victim suffered a broken nose, finger and toe along with scratches and bruises. The worst part, the victim sustained an injury to his left nostril, leaving him with one percent permanent disability.

Keep away of fake news

Beware, biased reports from foreign media say Ms Hutchinson undeservingly received the jail term for only “witnessing” the fight and claimed she was “just an onlooker,” which neglects the reality of the case. Sharing fake news via social media can lead to fines up to Dhs1 million. It’s not the first time such a case was negatively received by the foreign press.