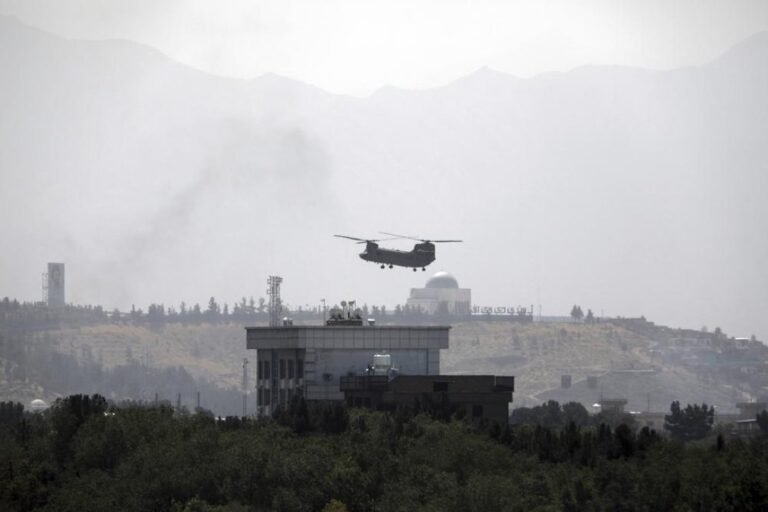 After various media reports indicate that the Taliban have taken over the presidential palace in Kabul and claimed victory, chaotic images have flooded social media of people trying to board aircrafts and flee the country. Television footage also showed fighters in the presidential palace, claiming victory, then reports followed of President Ashraf Ghani fleeing the country.

Evacuations from the capital are ongoing with various reports of German citizens and several Swiss nationals being flown to the Qatari capital of Doha.

State Department spokesperson Ned Price said in a statement that all personnel at the US Embassy in Kabul, have been safely evacuated as of early Monday:

“All Embassy personnel are located on the premises of Hamid Karzai International Airport, whose perimeter is secured by the US Military.”

More than 60 countries, including Germany and the EU, urged all parties in Afghanistan in a joint statement released early Monday to allow the “safe and orderly departure” of foreign nationals and Afghans from the country due to a quickly deteriorating security state of affairs.

The statement said: “roads, airports and border crossing must remain open, and calm must be maintained” and that “The Afghan people deserve to live in safety, security and dignity.”

Images on social media showed frenzied scenes as people tried to board aircraft out of the country to gain safety.

Over the coming days, thousands of US citizens will be flown out of the country, along with Afghan nationals who worked for the US embassy in Kabul as well as their families.

The statement also said that the US is also fast-tracking the evacuation of Afghans that are eligible for Special Immigrant Visas.

Taliban Prepared To Take Over Afghanistan

In live footage that was aired earlier by Al Jazeera, Taliban commanders and fighters were seen sitting inside the presidential palace in Kabul and declaring victory in their campaign against Afghan forces.

Viewers could see Taliban members entering the presidential office and taking down the Afghan flags.