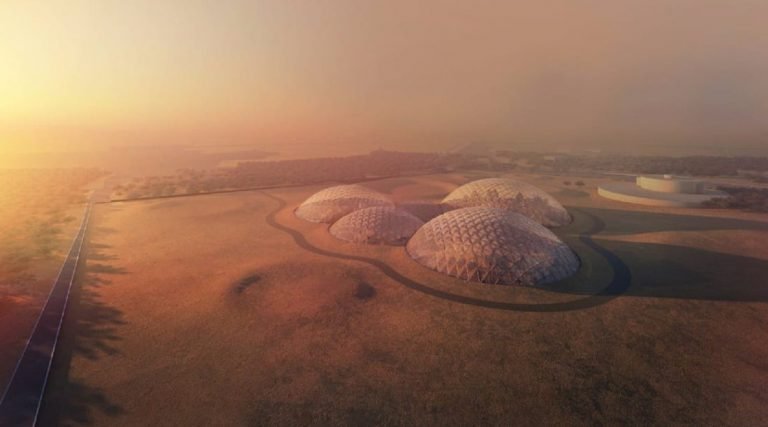 UAE Mars Science City could soon be a reality

Could Mars Science City in Dubai be the future for life on other planets?

Architects have started to come up with possible designs for Mars Science City in Dubai as the UAE plans for life on Mars within 100 years.

Back in 2017, the UAE announced that it wanted to colonize Mars within the next 100 years. And so they created Mars Science City, a 176,000 square meters of desert where a simulation of life on Mars could be created.

And that $135 million is starting to come through as prototype designs have been released by the Dubai Media Office of what Mars Science City could look like.

The UAE’s space mission has gone into lightspeed since 2017.

The UAE are launching the Hope probe to Mars later this year. The Hope will study the atmosphere on Mars for two years from a high altitude position. While there, it will take in vital weather readings across a full Martian weather cycle.

While in 2019, they sent Hazza Al Mansouri to space, becoming the first Emirati in space. In total, he spent eight days on board the ISS last year.

While there, he notched up a number of inter-galactic firsts including the first to give a tour of the ISS in Arabic. And he was the first to eat Arabic food in space. Which, we can all agree, is legendary behaviour.