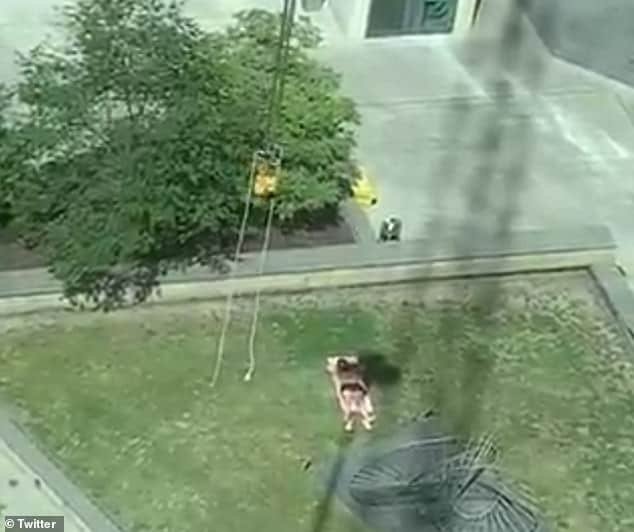 Crane driver hilariously annoys sunbather by casting shadow on him

We’ve all wanted to throw a bit of shade at someone else at some point in our life, but this crane-driver in the UK has gone a step further with this sunbather prank.

The practical joker took a video of him using his crane to block a Londoner’s attempts at sunbathing. And the two-minute Twitter video is hilarious.

The crane driver – we think driver is the correct term? – can be heard telling his friend via walkie-talkie what he’s doing.

And what he’s doing is brilliantly frustrating the sunbather’s attempts at topping up his tan.

With London baking in temperatures in the high 20s, sunbathers were out in force to get some socially distant tan time.

But, every time this sunbather moves, the crane driver brings his crane around until it now covers the sunbather. The slow-motion dance goes on for two minutes, with the sunbather slowly starting to realise that his shade levels aren’t a coincidence!

The video has now had nearly three million view and gone viral.

Laughter is the best medicine

There have been plenty of funny incidents thankfully to keep us laughing over the last few weeks.

This businessman in Brazil turned up naked to a Zoom chat with the Brazilian president. And, yes, the president did indeed notice!