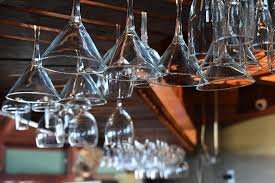 Long’s Bar is celebrating its 19th anniversary next month and they’re inviting patrons to celebrate the festivities with drinks for just Dhs 19.

On Friday, 29th March, Long’s bar, located at Towers Rotana Dubai on Sheikh Zayed Road and regarded as the longest bar in the Middle East, will be celebrating its 19th-anniversary offering drinks for only Dhs 19. Patrons can avail the deal from 7 pm onwards and until the early hours the following night.

As of now, Long’s Bar is offering a 25% discount on its newly introduced lunch menu. The menu includes pub-grub favourites like fish and chips, ribs and street food classics like beef sliders. The month-long offer is valid daily from 1-4 pm, running from Saturday to Thursday.

Happy hours through most of the week

Long’s Bar has been quite generous with their happy hour’s offer. The classic pub offers a 30% discount on beverages from afternoons till 8 pm daily throughout the week, besides Mondays, wherein they offer Dhs 25 for drinks until the early hours.