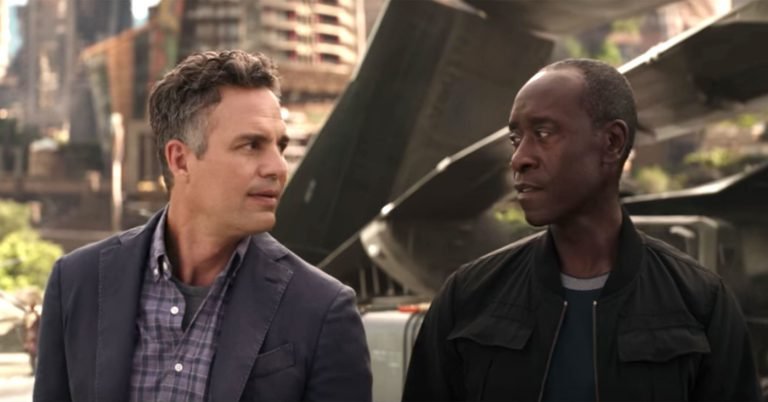 Don Cheadle Refuses To Do Press With Mark Ruffalo, Claiming He Drops Spoilers

Little is known about what’s going to happen in Avengers: Endgame and Don Cheadle, aka War Machine, wants to keep it that way, refusing to promote the movie with Hulk star Mark Ruffalo for being loose-lipped when being interviewed by the press.

Don Cheadle is making rounds with the press in promotion for his latest comedy series, ‘Black Monday.’ The 54-year-old actor paid a visit to Jimmy Fallon’s ‘Tonight Show,’ where he was asked about teaming up with Mark Ruffalo to promote the highly anticipated Avengers sequel, ‘Avengers: Endgame’. He responded by joking that Ruffalo and wall-crawler Tom Holland, aka Spider-Man are “a little chatty” and drop the “whole reveal” of the film. He said, “Why do I need that hassle, right? I don’t need to be sitting next to him when he blows the whole reveal of the movie. Him and Tom Holland… they both a little chatty.”

“Penalties to pay” for dropping spoilers

Moreover, the War Machine star joked about Mark Ruffalo breaking the rules of Marvel, which could possibly get him banned from working on upcoming films. When asked about squaring off with Ruffalo in Avengers promotions, he said “He runs his mouth a lot,” to which “there’s penalties to pay.”

In case you need a little refresher, Mark Ruffalo gave away the entire Avengers: Infinity War ending eight months before its release. In an interview during the 2017 D23 Expo, the 51-year-old actor dropped a spoiler, saying “everyone dies.” He played it off by joking every character ends up dying in a Marvel movie, but it wasn’t enough to get Marvel fans predicting the film.