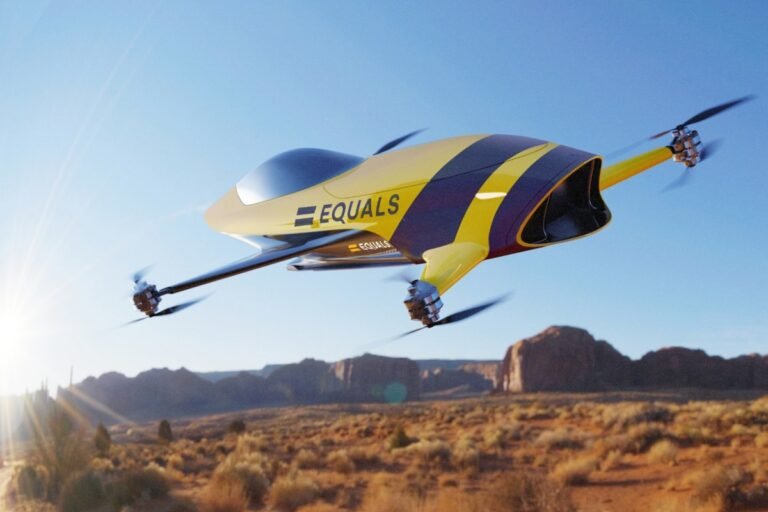 Airspeeder drones that can hit 160km/h could be racing above Dubai soon as part of a flying Grand Prix world series.

The 4m-long drones are being showcased at GITEX this week.

And the developers are looking to take the Airspeeder drones around the world in a series of Grand Prix races, including one in Dubai.

“This is electric motorsports in the sky.

The pods can hit speeds of up to 160km/h. But the makers are hoping to nearly double that by the time they hit mass production.

The pods will most likely be raced by remote control to start with. But drivers and pilots are using simulators and pods to learn how to handle the high-powered flying machines.

How cool is that?!

The races are likely to be short. Batteries currently last for around 10 minutes.

The racers fly just 4m above the ground, making for a seriously dramatic race. And they’re packed with the same safety features as Formula One cars.

And each pod has collision avoidance technology including 22 sensors that mean the racers can go head-to-head with little chance of a collision.