Dubai Gets A Building Formed On Sheikh Mohammed’s Fingerprint

Generations pass by and so do cult figures, but Dubai’s Ruler, His Highness Sheikh Mohamed bin Rashid will leave his legacy for years to come, with a high-rise tower designed using his fingerprint.

Named ‘Burj Jumeirah,’ the mega-project will be entirely built using Sheikh Mohammed’s fingerprint as inspiration. By the looks of the 550-metre project, it’s an oval-shaped tower cut in two halves surrounded with hotels, offices and residential spaces. It’s the latest addition to Dubai’s expansive skyline. Construction has begun and is set to be completed by 2023.

New icon in the making

Part of Downtown Jumeirah, it’s an upcoming tourist attraction similar to Downtown. Abdulla Al Habbai, Chairman of Dubai Holding, says, “The entire Downtown Jumeirah area will not only serve the needs of residents who are looking to live in cohesive and connected communities, but will also enhance Dubai’s tourism by adding another icon.”

More mega projects in the works

Apart from Downtown Jumeirah, one of the most hyped up projects coming up in Dubai is The Tower at Dubai Creek Harbour. Construction is in the midst as of now and will be completed by 2021, set to surpass Tokyo’s Skytree as the tallest tower in the world. The Tower will be home to an array of restaurants and observation decks. 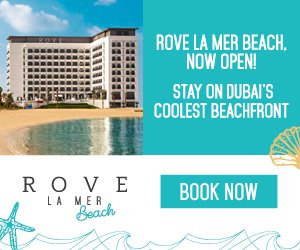