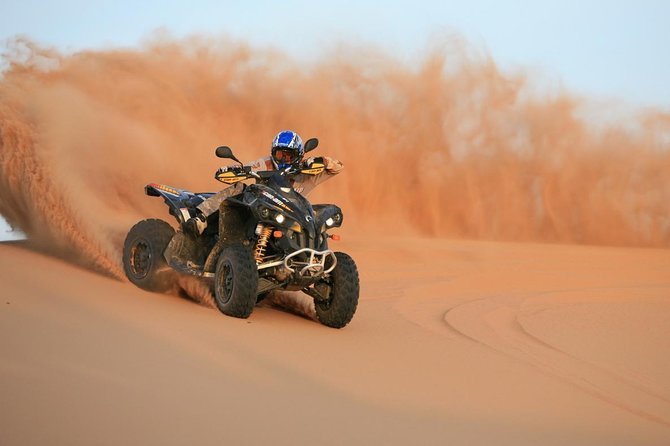 A 21-year-old quad bike driver who performed stunts on a main road in Bur Dubai has been arrested after a video went viral.

The quad bike driver was doing stunts when his bike flipped over and he injured himself. He then ran away from the scene but was later found by Dubai Police.

“He was driving the unlicensed [quad] bike and didn’t have a driving license. He was endangering his own life and that of other road users,” Colonel Rashid Al Shehi, acting director of Bur Dubai Police Station said in a statement.

The quad bike driver has now been referred to Dubai Public Prosecution for driving a vehicle in a way that endangers the lives of others, riding an unlicensed quad bike, driving without a valid driver’s license and fleeing the scene of an accident.

“Such behaviour is not acceptable as it endangers the lives of other road users and violates traffic laws and regulations,” Col Al Shehi said.

“Youngsters should avoid negative behaviours and committing violations like dangerous stunts just to show off,” he added.