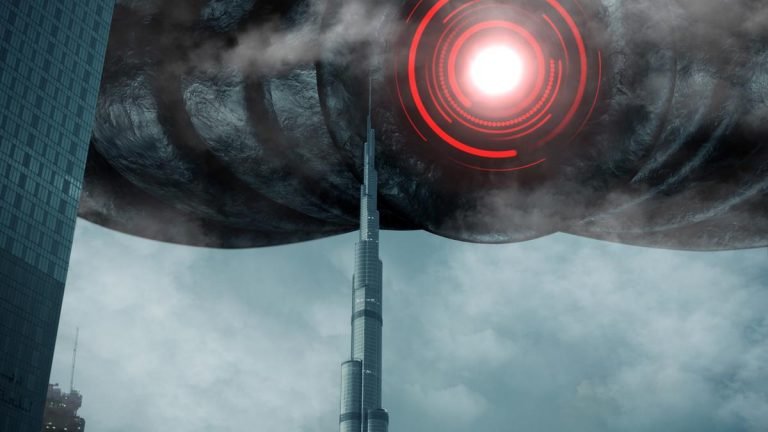 Dubai taken over by aliens in latest Netflix film

Dubai taken over by aliens in Emirati Netflix film

An Emirati sci-fi film has recently been added to Netflix and features spaceships taking over Dubai.

Aerials was originally released in 2016 but it’s recently been picked up by Netflix on a global distribution deal.

The sci-fi feature film was directed by S A Zaidi and produced by Ghanem Ghubash and took three years to make. The duo also self-funded the film via their Fat Brothers Film production studio. And that work has hopefully paid off after Netflix snapped it up! And with over 167 million subscribers, that’s a lot of possible new fans!

The film’s plot involves a global alien take-over and focusses on Dubai. And in the light of the Coronavirus pandemic, it has a very relatable storyline.

It’s not the first time Dubai has been caught on film for Netflix.