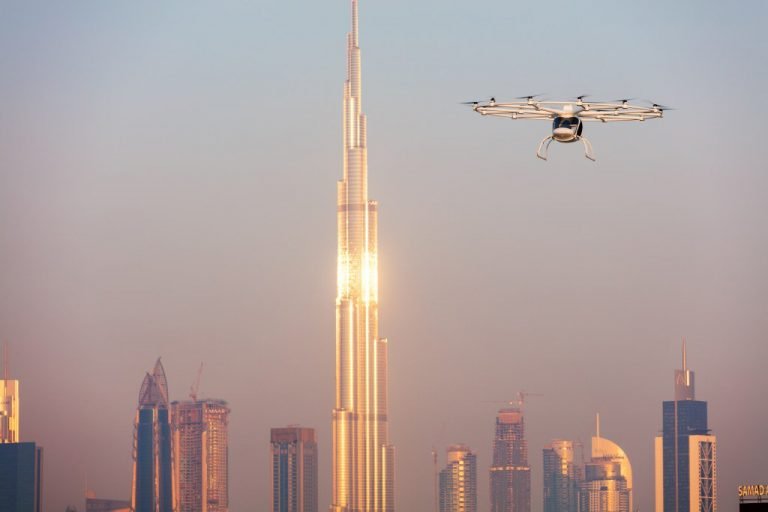 Sky lanes set up in Dubai for flying taxi service

A new agreement signed in Dubai will map out sky lanes for flying taxis and drones across the city.

The deal was signed by the Roads and Transport Authority (RTA) and Dubai Air Navigation Services (DANS) and defines the geographical perimeters of Dubai “through advanced technologies”.

The move is all part of Dubai’s Self-Driving Transport Strategy drive. Which means by 2030, 25% of all trips will be fully autonomous.

“It also fits with our aim to enhance the integration of mass transit means and add happiness to people through the deployment of smooth, fast and innovate transit means,” said Ahmed Bahrozyan, CEO of Public Transport Agency and head of the Autonomous Air Vehicle Project Team at the RTA.

Dubai long been a supporter of flying taxis and was one of the first to properly test them in the city back in 2017.

This two-seater aircraft was flown for 30 minutes and got up to 100km/h at one point. The uncrewed drone built by German team Volocopter got to around 200m during its test flight. And it’s fitted with 18 drone rotors and two optional parachutes as well as back-up batteries.

In other high-flying news, the first pod was recently fitted to Ain Dubai.

The first pod is now being slowly rotated around the structure with the following 47 “scheduled for gradual installation” according to a spokesperson.