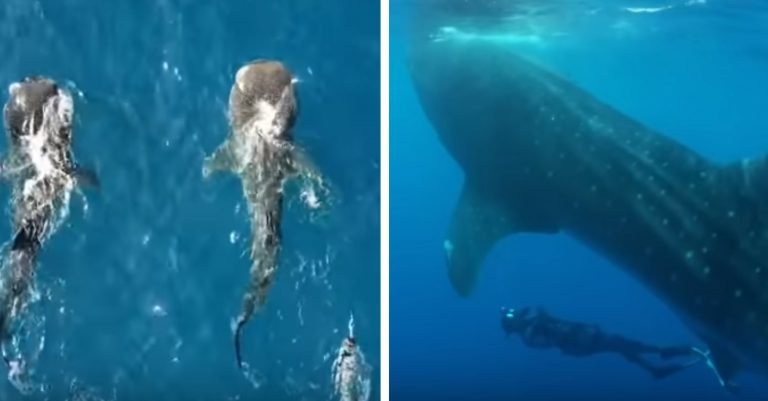 Dubai’s Crown Prince, Sheikh Hamdan bin Mohammed Al Maktoum is a big-time adrenaline junkie and you won’t believe this video of him swimming around the Faroe Islands.

Perhaps the most adventurous thing we’ve seen the Crown Prince share, he shared a minute-long video of himself swimming around the Norwegian Sea with sharks around. The scariest bit, however, was the point when the video had a wide shot of a large shark and Sheikh Hamdan swimming below it. No kiddin’ but that takes guts!

His followers were stunned by the video

With a following of 6.4 million Instagram users, they seemed surprised by the video. One of his followers commented “Out of the world experience and I’m sure you’ll be having some chemistry with these giants now” whilst another user commented, “These creatures are majestic, to swim next to them must have been exciting and a little scary.”

Fazza is on vacation at Faroe Islands

Denmark’s Faroe Islands is the Crown Prince’s summer’s vacation spot after travelling to Chicago, London and Estonia this year. Last week, he shared images of Faroe Islands, showing the picturesque hills, greenery and nature around. His Highness Sheikh Mohammed bin Rashid Al Maktoum was also snapped in an image at the islands enjoying a barbecue.