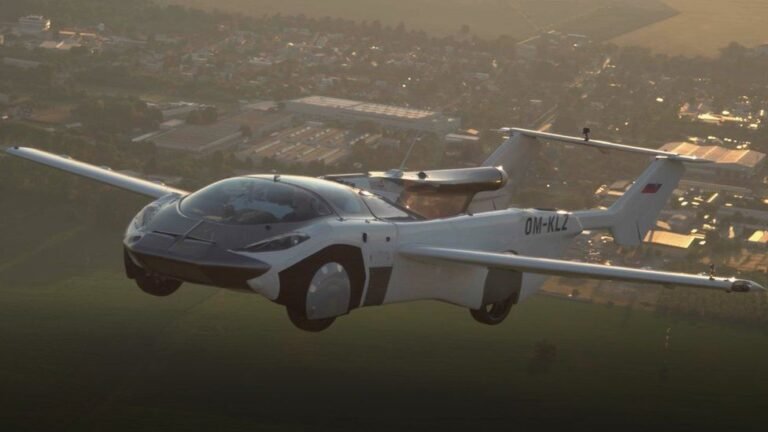 The future could finally be here as a flying car took to the skies for a 35-minute flight between two international airports.

The hybrid AirCar is powered by a BMW engine and runs on regular petrol. And, its creator Professor Stefan Klein, says, it could fly for a distance of 1,000km.

The car takes just over two minutes to transform from a car into a plane. And it requires a runway or long, straight stretch of road to take off. And when in the air it can fly at speeds of up to 170km/h.

The car took two years to build and cost “less than 2m euros” (£1.7m) in investment.

The prototype car completed its flight between two airports in Slovakia. And it’s hoped it could be the start of the future!

His creation has room for one driver and a passenger and can carry 200kg in total,

And the creator described his flight on Monday as “normal” and “very pleasant”.

It could get even more pleasant if he turns his flying car into a vehicle people can buy. The flying car market could be worth $1.5trillion by 2040 according to Morgan Stanley.

Keep up to date with the latest motor news with our DubaiLAD page here.