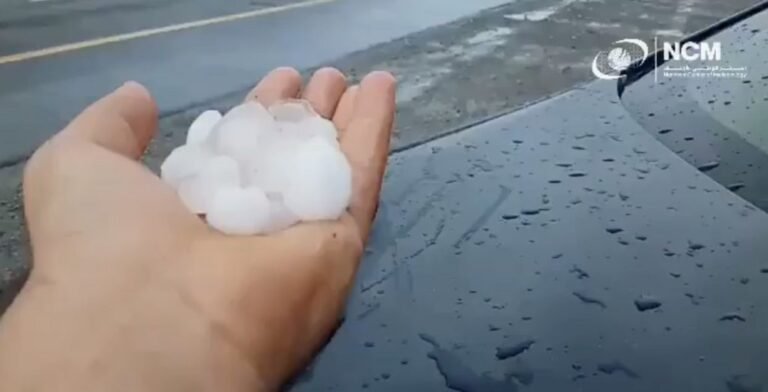 The UAE’s cloud seeding program is behind the recent hailstorms that battered areas of Sharjah, Al Ain and Fujairah yesterday.

As well as hail stones over 2cm wide, there were reports of heavy rain across the UAE.

Ras Al Khaimah missed the rain and hailstorms, but was hit by strong winds and shamal-like conditions.

Just check out the video below to see how wild the weather was!

And this video from a few days ago from the UAE’s National Center of Meteorology shows just how big some of the hailstones were!

Yikes! Imagine getting hit by one of those!

Dubai managed to avoid the worst of the weather and hailstones despite the cloud seeding taking place.

And it looks like the weather in Dubai is going to improve day by day. Wednesday, Thursday and Friday are set to be cloudy and quite humid. The clouds should break through by Saturday leaving clear skies and temperatures in the high 30s.

And despite the problems faced in 2020, it was the most successful year yet for the Global Initiatives charity.

His Highness Sheikh Mohammed bin Rashid Al Maktoum, the Vice-President and Prime Minister of the UAE and Ruler of Dubai announced the news via Twitter.