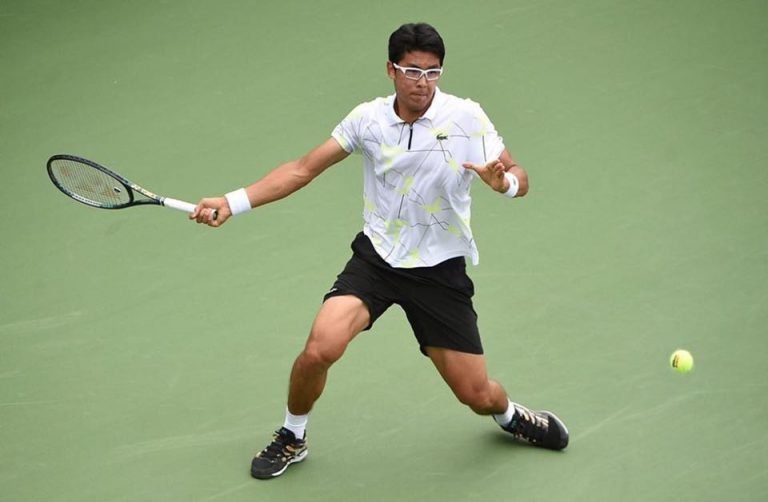 Next-gen tennis star Hyeon Chung of South Korea has been announced as the final player of the line up at the Mubadala World Tennis Championship this month.

A fast-rising star on the ATP circuit, Hyeon made his debut in 2015 and rose through the ranks two years later, making it to the quarter-final stages of the Australian Open and Barcelona Open, until claiming his first major title emerging victorious at the Next Generation ATP Finals.

The following years continued with Hyeon creating history at the Australian Open, becoming the first South Korean to make it past the fourth round of a Grand Slam, and defeating fellow Mubadala World Tennis Championship headliner and world number two Novak Djokovic.

The first matches have now been drawn

This latest announcement finalises the 8 player line up and with all names now revealed, spectators can being preparing for what is set to be 3 days of the best on court and off court tennis action. Following the official draw, the first match of this year’s championship will see Tsitsipas, winner of this 2019 ATP Finals go up against French crowd-pleaser Gael Monfils on Thursday 19 December. In the second quarter final, Hyeon Chung will face Daniil Medvedev.

Representing the women on Day 1 will be Maria Sharapova and Amanda Anisimova as they go head to head on court.

On Day 2, things continue to heat up as Nadal and Djokovic enter the championship. Defending champion, Djokovic will face either Tsitsipas or Monfils in the first semi-final following the fifth place play-off. For Nadal, this year’s edition will be his 10th Mubadala World Tennis Championship appearance where he will face the winner of the Medvedev vs Chung match. Day 3, on 21 December, will see a third place play-off, followed by what is sure to be a thrilling final amongst two of the sport’s best.

Check out this edition’s fixtures here.

Mubadala World Tennis Championship kicks off from Thursday, 19th December to Saturday, 21st December, just in time for the festive holidays! Apart from the live tennis action, there’s a whole host of entertainment for families, kids and adults at the Abu Dhabi International Tennis Complex. The Tennis Village will open each day at 12pm, giving visitors to the event the option to indulge in delicious food, drink and discover all that the Championship has to offer. Fans can get involved in Tennis clinics, Q&A sessions with the players and take part in activities with prizes up for grabs. Don’t forget that Day 1 is Kids’ Day and children under 12 get in for FREE!

Tickets are available on Ticketmaster, priced from Dhs 100-1,795. Buy them here.