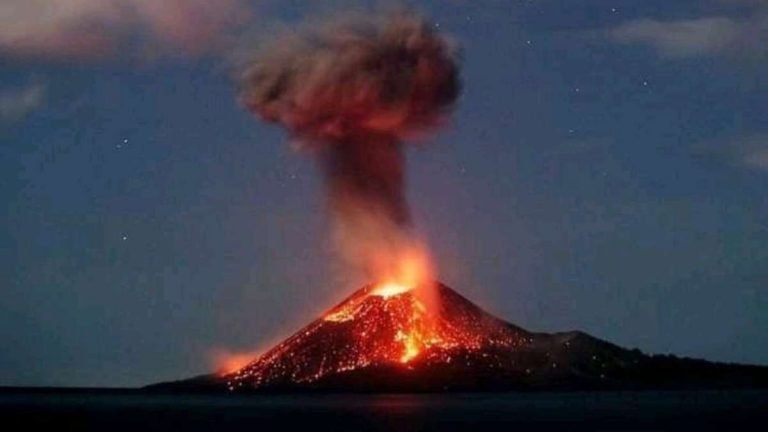 The notorious volcano Krakatoa erupted on Friday, off the coast of Indonesia, spewing plumes of ash 9 miles into the air.

The incident occurred at approximately 11 pm local time when people reportedly heard loud eruptions, 90 miles away from their homes in the capital city of Jakarta.

Just when we thought 2020 had been off to the most disastrous start with a pandemic spreading across the planet like wildfire and actual wildfires ruining acres of natural forests, little did we know that the year would manage to squeeze in just one more disastrous occurring so quickly.

Most Powerful Eruption Since 2018

The eruption is believed to be the strongest since December 2018, where the incident produced a deadly tsunami that took the lives of over 400 people on the coasts of southeastern Sumatra and western Java.

Krakatoa in the past has caused massive levels of destruction and claimed approximately 36,000 lives with its explosion in 1883. These eruptions were later measured to have lowered global temperatures for years.