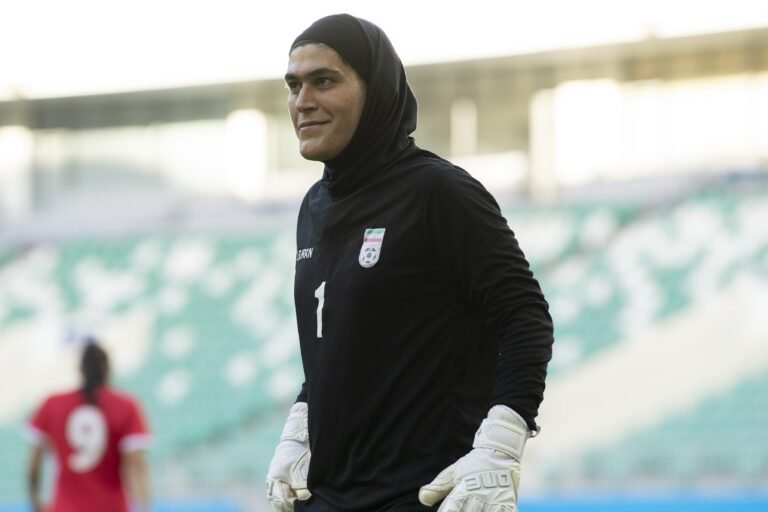 Iran female goalkeeper accused of being a man

Iran female goalkeeper accused of being a man

The Jordan women’s team has accused the Iran goalkeeper of being a man after she saved two penalties in a recent game.

Prince Ali Bin Al-Hussein, the president of the Jordan Football Association, has submitted a ‘gender verification’ request for Zohreh Koudaei.

The match in question took place in September as part of the 2022 Women’s Asian Cup qualifier. Zohreh made two stunning saves in the 4-2 penalty shoot-out win.

The Iran team were quick to fight back and fully support their player.

Team selector Maryam Irandoost told Iranian sports news website Varzesh3: “The medical staff have carefully examined each player on the national team in terms of hormones to avoid any problems in this regard, and so I tell all fans not to worry.

“We will provide any documentation that the Asian Confederation of Football wishes without wasting time.

“These allegations are just an excuse not to accept the defeat against the Iranian women’s national team.

“The Jordanian team considered themselves the big favourite to qualify… and when they lost… it was natural to seek relief under false pretences and to escape responsibility for this failure.”

Snow falls in the Sahara desert as temperatures plummet

How a tortoise, an idea and Alfred created a business empire