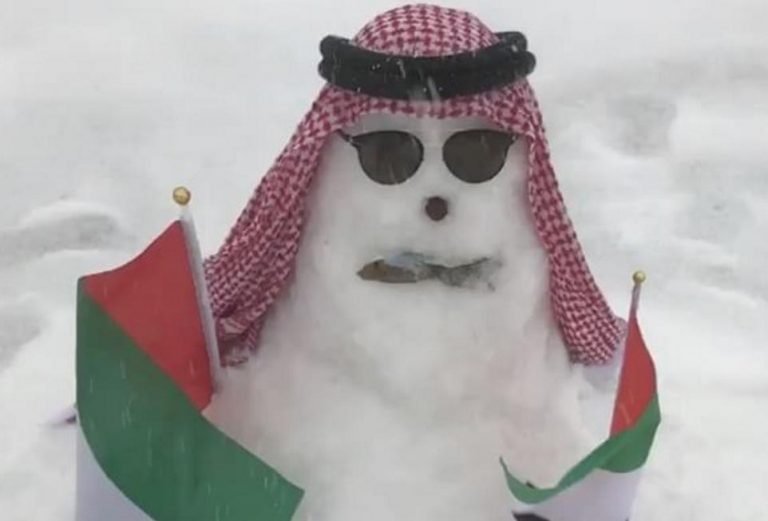 Coldest ever January in UAE, with cold weather set to continue until February

With freezing temperatures across the UAE, it’s been confirmed this is the coldest ever January on records.

Temperatures have consistently fallen below -2 °C in parts of the UAE for several nights in a row. And the National Center of Meteorology has confirmed it’s the coldest start to a year in the UAE on records.

“While it is too early to conclude whether we are experiencing the coldest winter in the UAE, right now, it is certainly the coldest January we have ever seen. Temperatures dipped to a record of -2 °C for the first time in January this year. Cold weather is expected to continue till February.”

Frozen panes of ice were discovered on top of water stores in the UAE desert. And as you can see from the Instagram pages below, they made for some very cool (pun intended) videos and pics.

We’ve still got a long way to go to get to the coldest temperature in the UAE, however.

The National Center of Meteorology told Gulf News that the 2017 winter was the coldest, with temperatures dropping to -5.7°C at Jebel Jais.

And Dubai’s social media stars have been out in force demonstrating just how cold it is!