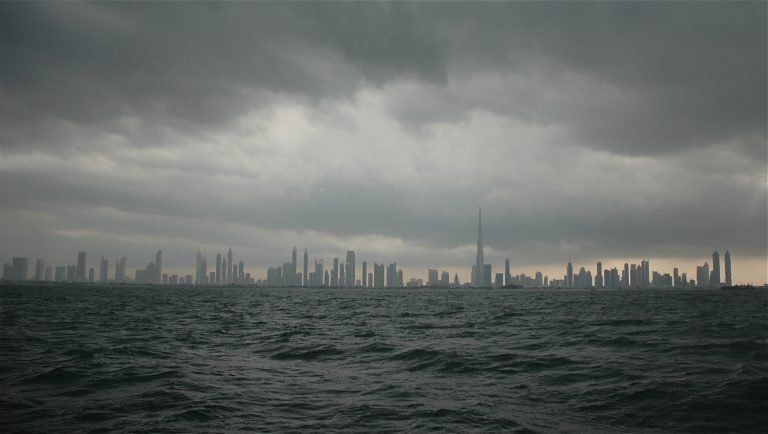 It's probably going to rain this weekend in Dubai

It’s probably going to rain this weekend in Dubai

It’s been a looooong time, but rain is finally forecast to come to Dubai this weekend.

UAE forecasters are predicting the chance of rainfall this weekend across coastal areas in the UAE.

Both Friday and Saturday are likely to see scattered clouds with rain predicted on Friday afternoon into the early evening around Dubai.

The National Centre for Meteorology has forecast a ‘significant fall in temperatures and strong wind with a speed of 15–25kmph, reaching up to 40kmph.’

The colder weather and possibility of rain continues into Saturday.

And after that the weather looks gorgeous, with highs of 28 degrees.

If it does rain on Friday, you could always head to the cinema where Tom & Jerry film is topping the UAE’s box office.

Tom & Jerry: The Movie is a live-action/animation that smashed its competition selling six times as many tickets as its nearest competitor.

The film sold 26,000 tickets in a week. Which is an incredible number considering cinemas in Abu Dhabi and Al Ain are currently closed and others are operating at reduced capacity.

The film is classic Tom & Jerry, featuring hi-jinks between the cheeky mouse and the dozy cat. And it features a very decent human cast including Chloe Grace Moretz, Michael Peña and Rob Delaney.