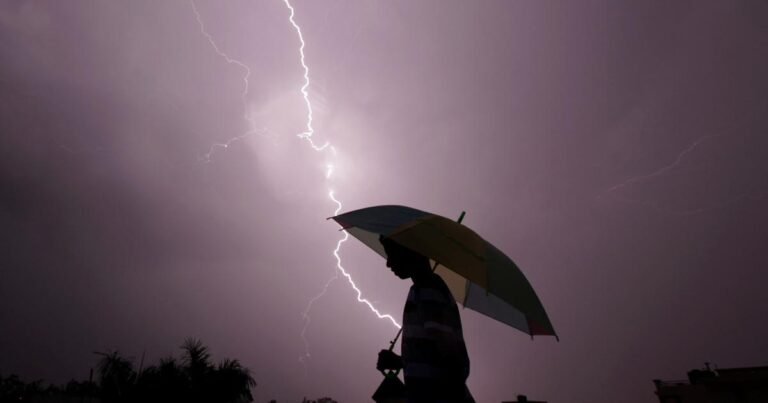 11 tourists were killed and another 8 injured after taking selfies during a lightning strike near the Amer Fort in Jaipur.

The lightning strike took place last night while the victims were taking selfies on the 12th century fort during a storm.

27 people were on the tower and the wall of the fort during the lightning strike, with some jumping to the ground when the lightning hit.

Another nine were killed across Rajasthan on the same night.

Lightning strikes are common in India, with around 2,000 killed each year.

The state’s chief minister, Ashok Gehlot, announced 500,000 rupees (AED24,500) as compensation for the families of those who have died.

India’s National Disaster Management Authority has since started a campaign to raise awareness of what to do during a lightning strike.

Virgin Galactic founder Richard Branson has achieved his life’s dream by building and flying a rocket into space.

Richard Branson was on board for 90 minutes as his place reached the edge of space achieving weightlessness. The sky turned black and you could see the earth curving below.

You can catch up on the live-stream footage below. And it’s very, very epic.

Branson took off from New Mexico in America and reached a height of 85km, 282,000ft or 53 miles). Alongside Sir Richard Branson there were two pilots and three Galactic employees on the flight.

Branson now plans to take up paying customers into space next year.