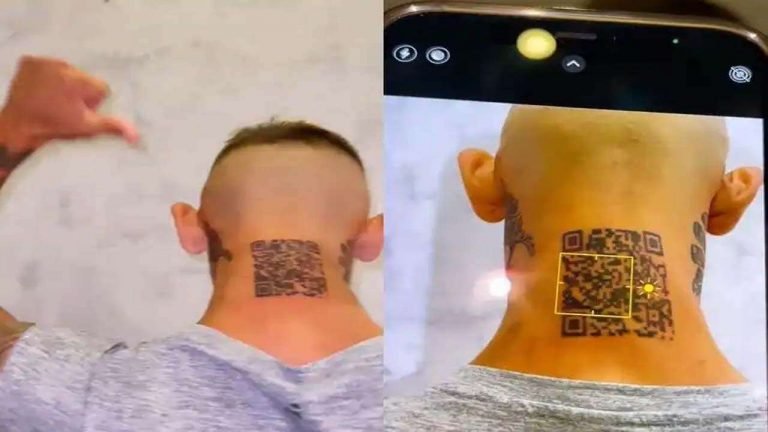 Humans continue to amaze and confound us here at DubaiLAD – like this man who got a QR code tattooed on his neck that didn’t actually work.

The Brazilian man – for reasons we really, really can’t fathom – wanted to get a QR code tattooed on his neck so he could use it to unlock his Instagram.

And, lo and behold, the code so painfully tattooed on his neck turned out to not work. Obvs.

Mauricio Gomez AKA ‘La Liendra’, shared a video with his 5.4 million Instagram followers showing how the code worked soon after the 3-hour tattoo session.

But, hilariously, the code then stopped working, after he tried to use his neck to open his Instagram account during a Porsche shoot.

Which seems like karmic pay back for possibly the most pointless tattoo of all time.

A well-known body modification addict has splashed out on a new addition to his already heavily-modified body – a set of tusks. Like actual tusks.

Known – rather fittingly – as Orc, his new tusks cost AED2,000. Which actually sounds pretty cheap for a set of huge tusks.

It’s just the latest addition to his body. He has tattoos over 80% of his body including his eyeballs. He also has a split tongue and dozens of piercings.

The Brazilian modification expert got his first tattoo aged 15 and hasn’t looked back (or maybe he has, it’s hard to tell with tattooed eyeballs). He moved into body modification six years ago with more changes in the near future.

He explained: “I am trying to be myself, these are just my ideas, my inspirations coming from the heart.