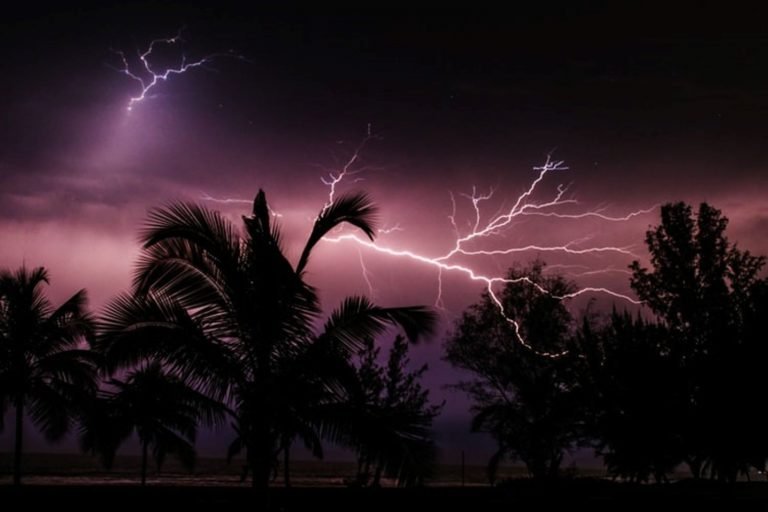 A video of a man who got struck by lightning in the US has gone viral since the incident happened last week. Amazingly, the moment was caught on a security camera as the victim walked by with his dogs.

The bolt of lightning seemed to come out of nowhere as Alex Coreas walked his three dogs in rainy weather. A security camera that was positioned outside a Texas veterinary clinic happened to be recording as Alex passed by. The footage shows a quick burst of light appearing at his feet before he collapses to the ground, unconscious.

Staff from inside the veterinary clinic are seen running to his aid and performed CPR until he began breathing again. It’s reported that the strike was so powerful, the victim’s shoes and socks were blown off, his clothes were charred and there was a gaping hole in the concrete where he had been standing.

Miraculously, the Texan man survived the trauma and is now recovering in the intensive care unit of a local hospital. His dogs which ran off when he was hit were recovered from nearby woodland.

Lightning in the UAE

We’ve had some stormy weather of our own here in the UAE recently, with a significant amount of rainfall earlier in the week. In Al Ain and Sharjah , there was more heavy rain today and even hail, with some wadis overflowing and streets flooding.

Although we don’t get a lot of rainfall in this country, there have been incidences of lightning related disasters. In 2017, an Asian man was killed in Al Ain when a lightning bolt struck the roof of the home where he was working. Earlier this year, in March 2019, lightning struck a barn causing the death of 50 rare falcon chicks and resulting in a total loss of a whopping Dhs 20 million (USD 5.4m).

Thankfully this weekend’s weather is expected to be fair to partly cloudy, according to the National Center of Meteorlogy. Have a safe and dry weekend!