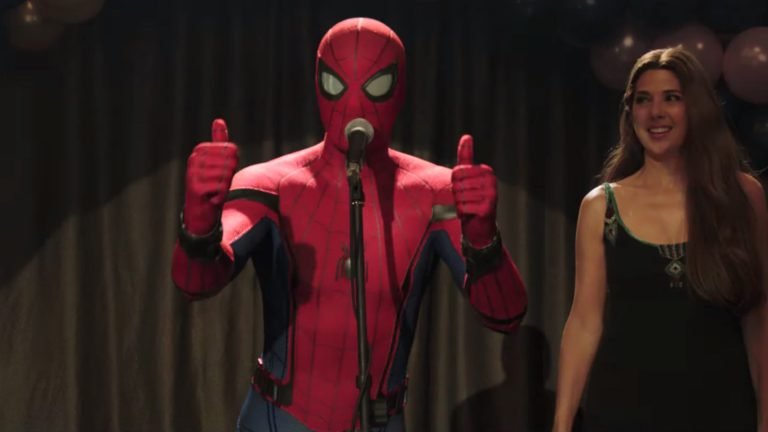 While much of the hype has been about the Avengers: Endgame and Captain Marvel, your friendly neighbourhood Spider-Man is back with a bang in Marvel Studio’s latest trailer, ‘Spider-Man: Far From Home.’

Vacation turns into a mission for Spider-Man

It was thought that Spider-Man didn’t survive after the wrath of Thanos in ‘Avengers: Infinity War.’ However, the trailer shows an alternate-universe Peter Parker in his school and they’re off to Europe for a school trip. Spidey is shown meeting Nick Fury inside his hotel room, who recruits him for another battle. Check out the trailer:

In many ways, Mysterio has been one of the most recognizable villains in comics. Be it in Gameboy games, comics or merch, the mysteriously-suited supervillain had regular presence in the Spider-Man comics series. Another top-tier villain the web-slinging hero will be facing is Hydro-Man, who appeared in the ‘80s comics.

It isn’t the end for Marvel Cinematic Universe yet. This year will witness three blockbuster releases, starting with Captain Marvel releasing this March and the highly anticipated Avengers: Endgame releasing this April, followed by ‘Spider-Man: Far From Home,’ releasing on 5th July. Besides, although nothing’s official, there have been talks of a Guardians of the Galaxy sequel and Ms Marvel.