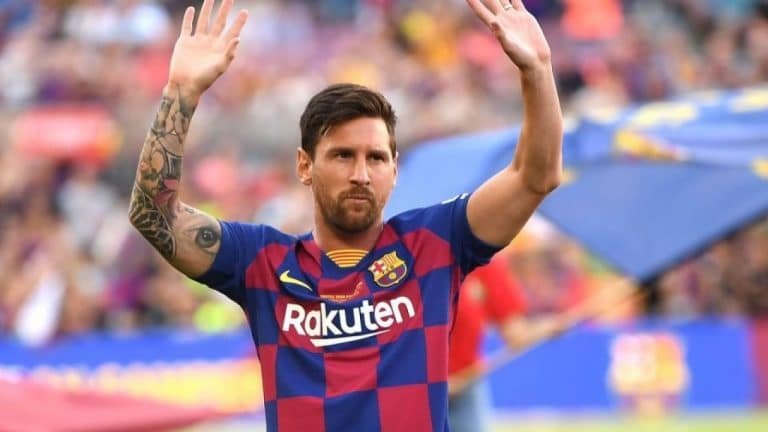 Barcelona star Lionel Messi has told the Spanish club he wants to leave the club immediately.

The Argentinian forward who joined the club 20 years ago as a youth player told the club via fax.

Messi is widely considered the greatest player of his generation. And possibly the Greatest Of All Time (GOAT). And his stats are incredible with 731 goals in just 634 games.

Messi’s current contract runs until 2021. But Barcelona have run into plenty of problems in recent times. They were humiliated in the Champions League again this season and lost out in the league to Real Madrid.

And while he has an eye-watering buy-out fee of €700m, he might be able to leave the club he’s been at for 20 years on a free transfer. Although who’s going to be able to pay his half a million euro wage each week in the current climate might complicate matters.

If the rumours are to be believed Man City, PSG, Man Utd and Inter Milan are in the running to sign the star.