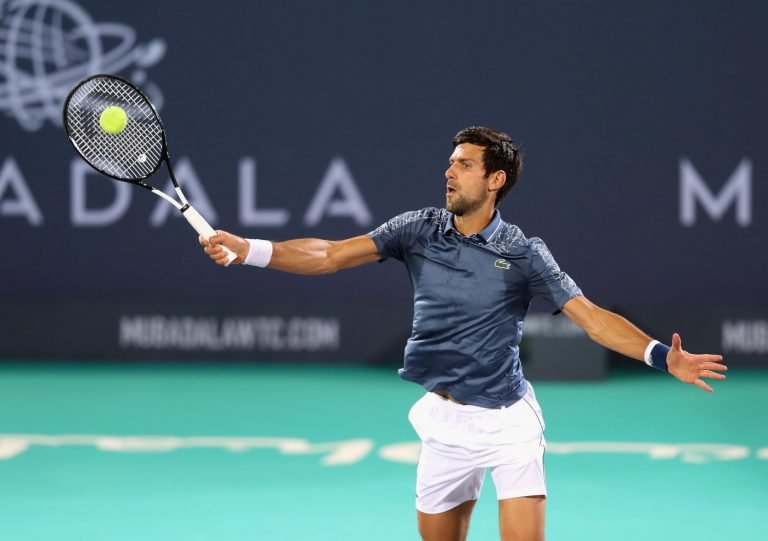 Serbian tennis star, Novak Djokovic has just been announced as next in the line up for this year’s Mubadala World Tennis Championship in Abu Dhabi. The championship which takes place from Thursday, 19th-Saturday, 21st December, 2019 is set to feature another an all star line-up during this 12th edition, with Djokovic being the fifth big player revealed so far.

The world number two and four-time Mubadala World Tennis Championship winner is the latest superstar added to the tournament’s line-up, which will feature two females and 6 males. He makes a return as the defending champion after the last edition where Djokovic defeated Kevin Anderson 4-6, 7-5, 7-5 at the Abu Dhabi International Tennis Complex.

Djokovic returns to the homegrown Tennis tournament fresh after claiming his seventh consecutive title at the Australian Open, emerging victorious at Wimbledon’s Men’s Singles after a grueling five hour-finale versus Roger Federer, and winning at the Madrid Open, Japan Open, Shanghai Masters and Paris Masters.

The 32-year-old is now competing at the ATP World Tour Finals before heading for Abu Dhabi.

Could Djokovic be set to play Nadal?

There’s no denying Novak Djokovic vs Rafael Nadal would be a crowd-puller, with the duo last squaring off at the Australian Open final in January, won by the Serbian ace. Djokovic leads the rivalry by a close margin, winning 28 times, with Nadal winning 26 times.