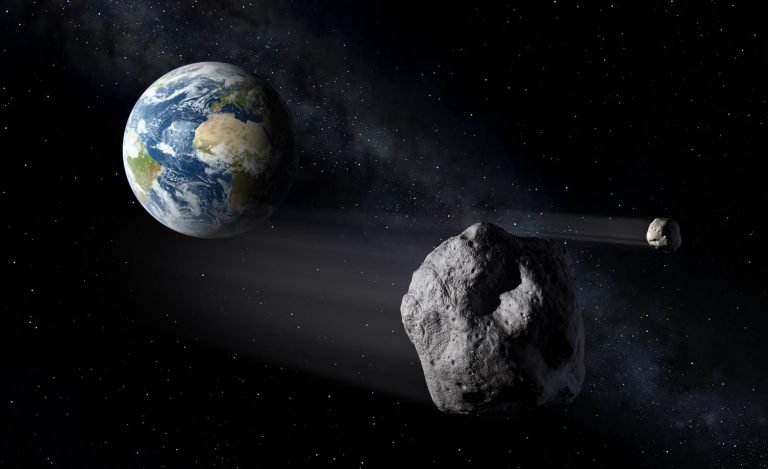 NASA‘s automated tracking systems are following a 4.1km asteroid that looks to be coming in very, very hot and very, very close to the earth.

Finally, some bad news that we don’t have to worry about!

The huge asteroid is heading towards the earth at speeds of 8.7km per second or 19,461mph (31,320kmh). And, scientists have warned, that an object this big, travelling this fast, could spell the end of the human race if it strikes.

Astronomers estimate there’s a one in 50,000 chance of hitting Earth every 100 years.

Dr Bruce Betts from the international group of astronomers said: “Small asteroids – few metres – hit frequently and burn up in the atmosphere and do little damage.

“Chelyabinsk size asteroids – about 20m that hit in 2013 – create shock waves that shatter windows and cause injuries.

“Tunguska sized – about 40m that hit Siberia in 1908 – could completely destroy a city or create a tsunami.

“Larger asteroids that hit on average less often could cause regional destruction.

For comparison, the asteroid thought to have wiped out the dinosaurs measured about six miles (10km) across.

Keep up to date with the end of the world (jokes, just jokes) with our Dubailad news page here.