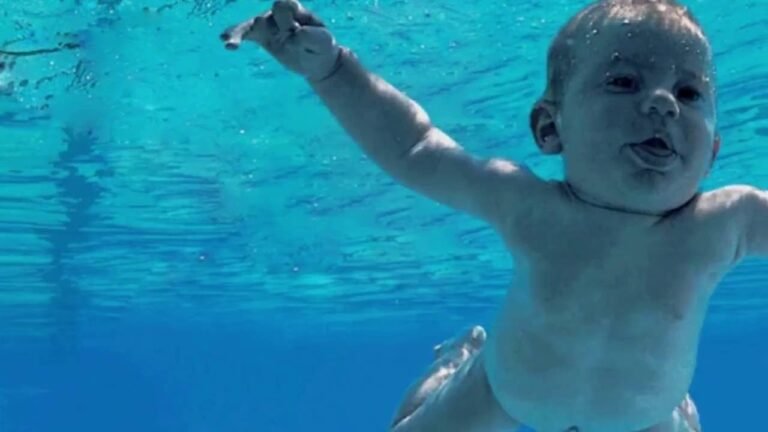 It’s one of the most iconic album covers of all time – but the Nirvana baby who was used on the front cover of the Nevermind album is now suing the band.

The baby – now a 30-year-old man – has launched legal action against the band’s remaining members and Kurt Cobain’s estate. He’s specifically suing for the distribution of private sexually explicit materials and negligence.

And he argues the image, which was used without his consent, has caused him ‘lifelong damages.’ He also claims Nirvana ‘knowingly benefitted from their participation in his ‘commercial sexual exploitation’.

The image of the then-newborn baby Spencer Elden swimming naked with a dollar bill in front of him was widely praised when it was released. It was seen as a clever statement on capitalism when the album was released in 1991.

“The permanent harm he has proximately suffered includes but is not limited to extreme and permanent emotional distress with physical manifestations, interference with his normal development and educational progress, lifelong loss of income earning capacity, loss of past and future wages, past and future expenses for medical and psychological treatment, loss of enjoyment of life, and other losses to be described and proven at trial of this matter.”

He’s also arguing that neither he nor his guardians signed a release to authorise ‘the use of any images of Spencer or of his likeness, and certainly not of commercial child pornography depicting him’.

But it seems the scars have lasted a lifetime.