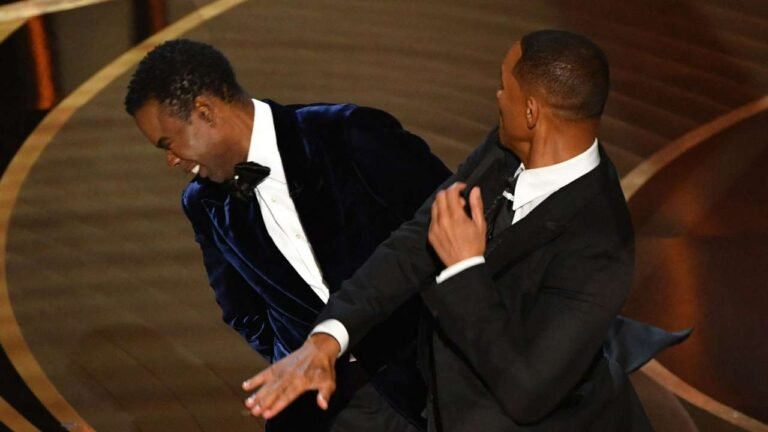 Chris Rock said ‘Jada, can’t wait for GI Jane 2,’ a joke which refers to her recent shaved head as a result of her hair loss condition alopecia.

Smith marched on stage and hit Rock before returning to his seat.

He then yelled out from the audience several times to tell Rock to ‘Keem my wife’s name out of your ****** mouth.’

Smith was soon back on stage, however, as he won the Best Actor award for his role in King Richard. And he used his stage-time to apologise for his actions.

“Art imitates life. I look like the crazy father, just like they said about Richard Williams. But love will make you do crazy things.”

The LA Police Department won’t be taking any action after Chris Rock refused to press any charges.