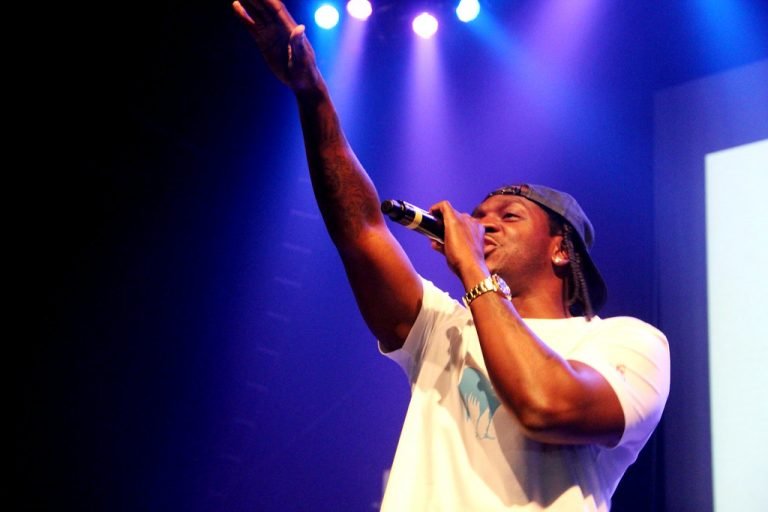 Rappers Pusha T and Drake have had a series of diss tracks released against each other and it seems there’s no stopping to their battle after Pusha T’s latest track and its promotional photograph.

Would you believe it? Pusha T somehow discovered an image of Drake with his face painted in black, from a photoshoot with a photographer named David Leyes in 2008. Pusha released the promotional image on his Twitter handle with the title of his diss track, ‘The Story of Adidon’. Interestingly, Leyes, the photographer, revealed it was Drake’s idea to have his face painted in black!

Please stop referring to this picture as “artwork”…I’m not an internet baby, I don’t edit images…this is a REAL picture…these are his truths, see for yourself https://t.co/gd6vRS3HM8 pic.twitter.com/2el58HEZ8F

From the diss track, a part of the lyrics read “We talking character, let me keep with the facts/ You are hiding a child, let that boy come home, ooh/ Deadbeat —- playing border patrol/ Adonis is your son/ And he deserves more than an Adidas press run, that’s real.” The 41-year-old rapper’s theory suggests he fathers a child with adult star Sophie Brussaux.

Feud between the rappers started from ‘Daytona’

Both the rappers go way back to the mid-2000’s when they were mentored by Lil Wayne. Things started heating up when Pusha T released an album named ‘Daytona’, produced by Kanye West and its song ‘Infrared’ dissed Drake, in response to an invoice Drake sent him publicly via Twitter for ‘Promotional assistance and career-reviving’ charging $100,000.