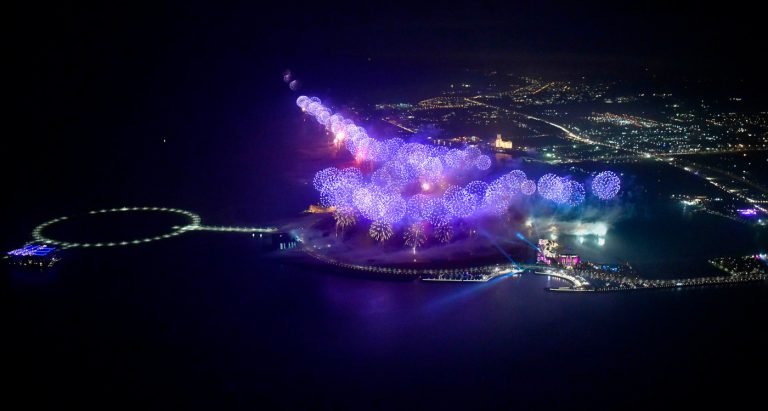 In a span of 13 kilometres, Marjan Island detinated 11,284 devices across 52 locations. The show lasted 13.20 minutes and trumped the record for the ‘longest chain of fireworks’ as well as the ‘longest straight line of fireworks’. The previous record belonged to ‘Viejas Casino & Resort’ in the US, lighting up 10,005 fireworks in the sky of San Diego in 2014.

Clinching the two world records marked a momentous occasion for the emirate. Eng. Abdulla Al Abdouli, Managing Director & CEO of Marjan calls the event a “historic” moment. He said, “With two Guinness World Records set, the 2019 Ras Al Khaimah New Year’s Eve Gala has been truly historic and adds to the pride of our nation.”

Meanwhile, Dubai holds the record for the ‘Largest Fireworks Display.’ In 2014, Palm Jumeirah fired off 479,651 devices in just six minutes, with 80,000 shells per minute and 1,332 fireworks per second. The eye-catching display was in line with marking a historic year for the UAE, after winning the bid to host Expo 2020.