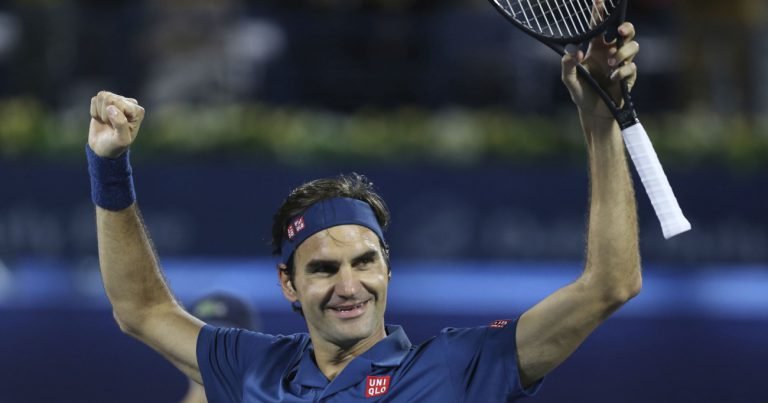 History was made at the Dubai Duty Free Tennis Stadium yesterday when Roger Federer defeated Greece’s Stefanos Tsitsipas. The duo last faced each other at the in the fourth round of the Australian Open two months ago, where Tsitsipas won. However, Federer got the better of the world number 11 this time, winning 6-4, 6-4.

It has taken 20 years for Roger Federer to reach 100 titles. In the post-match ceremony, the 37-year-old said, “It’s been a long, wonderful journey… I have loved every minute, It’s been tough but the sacrifice has been very, very worthwhile and we’ll see how much more I’ve got left in the tank. Reaching 100 is an absolute dream come true for me.”

It might seem to be an unconquerable feat, but Roger Federer is only the second player to join the elite 100 title club, with former world number one Jimmy Connors. The legends shared a little banter on Twitter when Connors posted “Welcome to the “Triple Digit” tournament victory club Roger Federer— I’ve been a bit lonely- glad to have the company,” to which, Federer said, “Happy to join!”