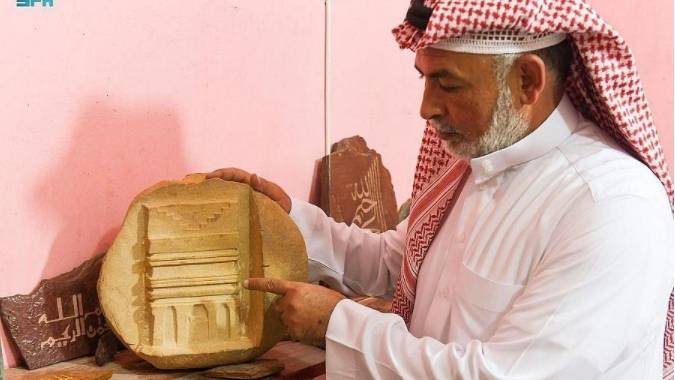 A Saudi sculptor who spent eight years carving the Holy Qur’an onto marble slabs is hoping to have his work recognised by the Guinness World Records.

The Qur’an sculptor first started working with rocks 20 years ago. His first real work carving religious texts came when he sculpted the opening verses of the Qur’an onto granite sourced from Saudi Arabia.

He used special Ottoman calligraphy to create his most recent Qur’an slabs. And he used green marble slabs to really make them stand out.

Husban is now hoping to train and help the next generation of Saudi sculpturs.

You can now make Eid Al Adha sacrifices via app

The world is a fast-moving place and for proof look no further than Dubai where you can now order your Eid Al Adha sacrifice by app.

The Eid Sacrifice – Udhiyah app has now been launched in Dubai. And it means you can make your order and maintain social distancing.

There are plenty of options. You can make donations for a whole sacrificial sheep or just a quarter. A whole sheep costs AED780.

Sacrifices are a large part of the Eid Al Adha festival which starts next week on July 20.

The meat is traditionally shared between family, friends and the underprivileged.

You can find the details as part of the DubaiNow app.