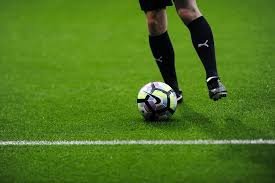 Hosts Sharjah FC faced Al Ain FC in an encounter during the Arabian Gulf League group stage recently. Al Ain fell behind early to the table toppers, with Brazilian midfielder Igor Coronado scoring the first goal in the 28th minute. Al Ain followed up with a goal by Emirati footballer Jamal Ibrahim seven minutes later, and Japanese centre-back Tsukasa Shiotani helped Al Ain take the lead with a penalty in the 72nd minute. It was until the second last minute when Brazilian forward Welliton scored a goal to level the score.

Chaos after match ends in draw

There’s a fine line separating a cheerful and noisy fan, and that line was evidently crossed by the crowds at Khalid Bin Mohammad Stadium in Sharjah. Crowd trouble marred the Sharjah-Al Ain encounter as a viral video shared on Twitter showed noisy spectators igniting smoke bombs that formed huge dark clouds. Check out the footage:

According to Gulf News, the Disciplinary Committee of the UAE Football Association imposed an AED 50,000 fine against Sharjah Football Club. Salem Obaid Al Shamsi, Chairman of Sharjah Sports Club, says he appreciates the huge fan following the team receives, which is crucial for their success, but rejects the irresponsible behaviour shown at the stands.