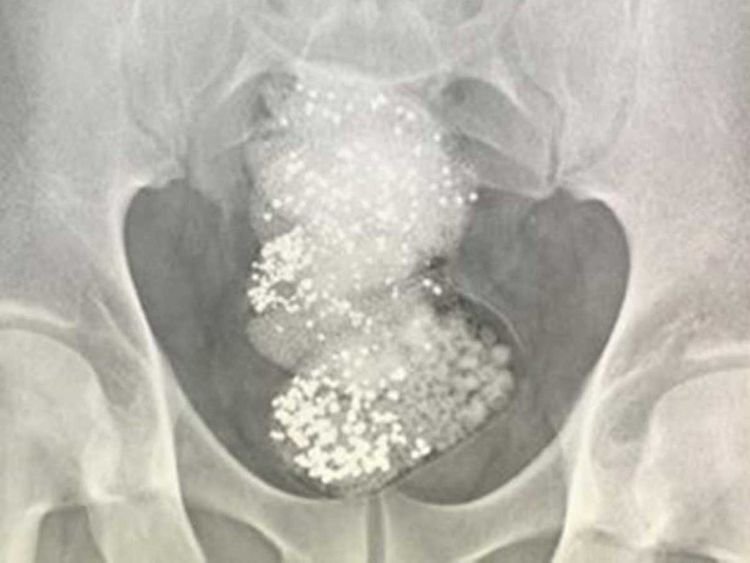 A man was held by UAE customs at Sharjah Airport on Thursday after trying to smuggle nearly 300 grams of diamonds in his stomach.

The suspect was caught entering the country via Sharjah International Airport following a tip-off from the Federal Customs Authority.

In total, 297 grams of smuggled diamonds were found in his gut via an X-ray. And we really, really don’t want to think about how the poor officers retrieved them.

The diamonds bust was a joint operation between Sharjah’s Department of Sea Ports and Customs. Plus the cooperation of the General Authority for the Security of Ports, Borders and Free Zones.

“When the suspect reached Sharjah Customs, his passport was confiscated and his bags were searched. After carrying out an X-ray, officials discovered that the passenger had swallowed 297g of raw diamonds. These were worth around $90,000 (Dh330,588),” according to a statement issued by the Federal Customs.

Diamonds were to be sold in Dubai

The suspect tried so smuggle the diamonds into the UAE via three bags and, according to the FCA, were likely to have been for sale in the UAE had the man made it through customs.

“The suspect had arrived in the UAE on previous occasions but had never committed such a crime. But on this trip, he brought the illegal diamonds, which were purchased from the black market from an African country,” said the FCA.

Head to our dedicated Dubailad news page for the latest updates!