Thankyou is one of the leading companies involved in helping end extreme poverty and they’ve come up with a campaign which needs our help in Dubai.

The company launched in 2008 in Australia, but they’re now aiming to go truly global with their ‘No Small Plan’ movement. Which is where we come in!

They want to get P&G and Unilever, two of the world’s biggest companies, on board with their project. Which means using social media to help out.

All you need to do is post a photo or status with the caption, “I’m in, are you?” Then tag @proctergamble and @unilever and use the Hashtag #thankyoutotheworld

To date, Thankyou has partnered given over $17 million via 14 working partnerships. That money has helped 857,000 people in need in 22 countries, including Australia. They’ve classed extreme poverty as anyone living on less than $1.90 per day. And the money raised goes to help address water, health, sanitation, economic development, maternal and child health issues in low-income communities. Which the DubaiLAD team can’t support enough.

Don’t just take our word for it, though. He’s some guy called Barack Obama talking up the movement! 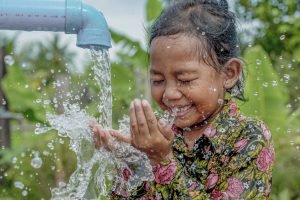 And there’s a lot more to do. They estimate that 736 million people live in extreme poverty. And with the consumer market worth $63 trillion, they think their partnership with P&G and Unilever could do some incredible good.

So get social Dubai, get sharing the Thankyou message, get tagging and let’s make something good happen!