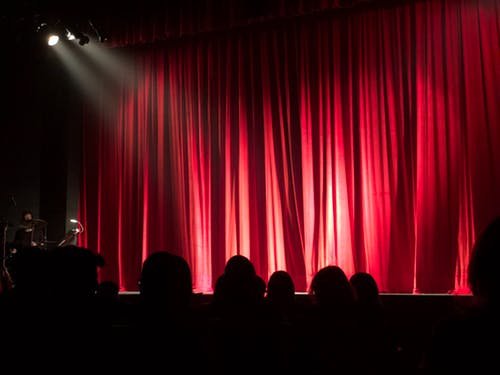 For illustrative purposes only

The Laughter Factory Will Have You Cracking Up This October

Chuckle your way through October at live comedy shows courtesy of The Laughter Factory. The ‘Social Faux Pas!’ tour will be on throughout the month at a variety of Dubai venues.

A trio of comedy geniuses

Comic Con fans will recognise Mike Capozzola, who is a frequent star of the popular event. His take on time travel will have fans laughing all the way into next week. The New York raised, London based comedian has a laid back and witty presence on stage with plenty of hilarious anecdotes.

Irish stand up, Eleanor Tiernan brings the female aspect to the show with her musings on current affairs and life in general. She has a dry sense of humour that will have you in stitches as she gives her take on the world.

Last but not least, The Laughter Factory brings Emmanuel Sonubi. The British former doorman strikes a formidable pose on stage but doesn’t fail to deliver plenty of laugh out load moments. His self-deprecating nature coupled with his ability to find the joke in any scenario will have you doubled over in your seat. Emmanuel’s talent for entertaining all types of audience is perhaps what has propelled his rapid rise to success in the last few years.

We think you’re going to be blown away by all the acts that The Laughter Factory has to offer this October. Who doesn’t love a bit of good banter, after all?

You can catch the shows at the following venues:

Regular tickets are priced at AED 160 including VAT. Early Bird tickets are available at AED 140 until and including 1st October. For parties and group discounts call: 0508786728.

Visit www.thelaughterfactory.com to make a booking.

Get updates on more fun stuff like this in our banter section.