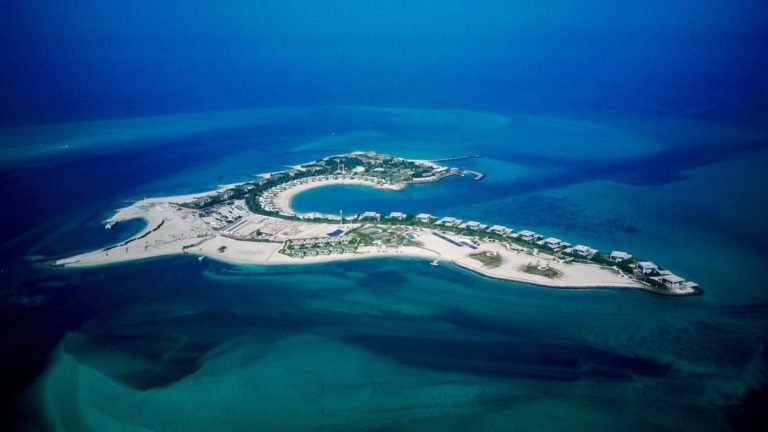 You could dance and drink your way through the day at Secret Parties’ super luxurious island extravaganza on Friday, 4th October in Abu Dhabi’s Zaya Nurai Island.

The island will play host to a five-star international brunch with free-flowing bevvies, followed by a party featuring a DJ set and performances from the sax and a percussionist.

Don’t be surprised if find yourself sipping drinks next to reality TV stars Olivia and Alex Bowen, as well as Vicky Pattison from Geordie Shore.

In case you’re wondering how to get there and back, Secret Parties has got you covered. They’re arranging a coach service from Zero Gravity’s car park to Abu Dhabi and a boat ride to the island.

A bubbly upgrade for the brunch is available too, for an additional Dhs 200.

Staycation and watersports packages available too

For Dhs 3,900, you could get a room for two at an ultra-luxe one-bedroom villa with beach access, followed by a two-bedroom beach house with sea view for four people costing Dhs 6,700, and an additional Dhs 1,200 for beach access.

If watersports are what you’re after, there’s kayaking (Dhs 85), jet skiing (Dhs 365), wakeboarding (Dhs 330) and loads of other activities.