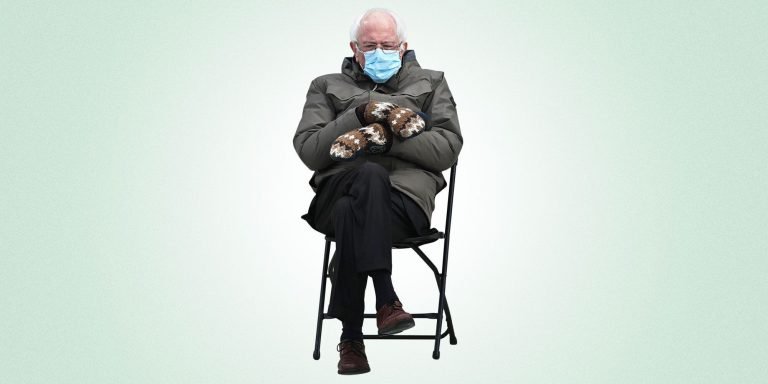 Joe Biden might have been made President last week, but it wasn’t him that stole the headlines and the memes thanks to Bernie.

It was Bernie Sanders. A veteran American politician, the left’s hero and – to many people – the man who could so nearly have been president.

Instead, the image of him at the official inauguration went viral faster than you could say Covid. The photo of him chillaxing with his mask and mittens, legs crossed has gone around the internet several times, turning into memes, gifs, videos and just straight out content.

So, without any more preamble, here are our favourite Bernie posts. Sit back, relax, smile and share!

And now for a classic re-imagined with Bernie…

And Dubai couldn’t get left out of the Bernie meme obvs!

UFC got in on the memes pretty quickly, poor Conor 🙂

But seriously, where is Bernie?

And now you too can get the classic Bernie look!

Ah, the classic Titanic meme. Knew you’d be along soon.

We’re not sure he’d endorse Poker, but if he did…

And one more to finish on…