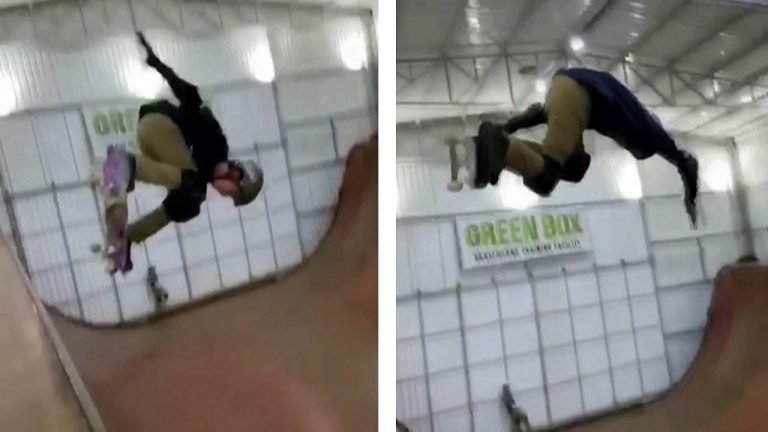 What did you do as an 11-year-old? Well, if you’re Brazilian skateboarding prodigy Gui Khury, you break one of the oldest records belonging to skateboarding legend Tony Hawk.

Tony Hawk was the first skateboarder ever to spin 900 degrees on a half-pipe back in 1999 at the X Games in San Francisco.

21 years later, that record has incredibly been broken. By an 11-year-old who spun through 1080 degrees, going 180 degrees further.

It took Tony Hawk years of trying before he brought the house down in San Francisco.

Things were a little bit quicker for Gui as you can see below!

“1080!!!I have no words to explain what just happened…” Khury wrote below the video. Which also features fellow boarders cheering and whooping as they realise what he’s done.

“I was like, oh my God, what did I just do? I was just like OK, I landed it. Now I am going to celebrate” he told Reuters.

And how do 11-year-olds celebrate? By eating mac and cheese with his family of course. What a legend!

And now to stunts of a more dangerous kind. Drivers across the UAE have been arrested after dangerous driving stunts were caught on camera.