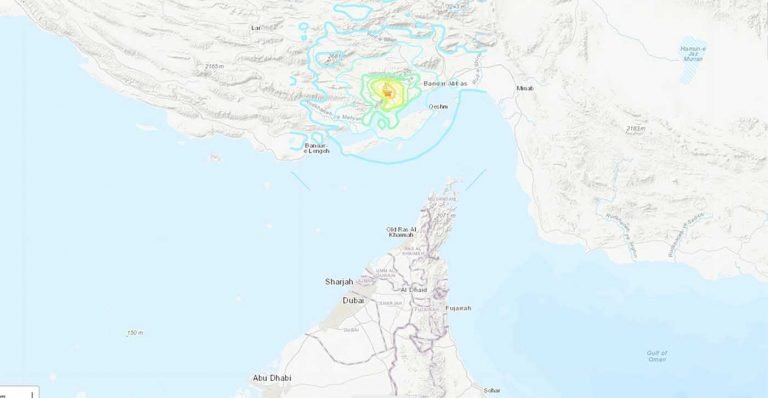 A 5.5 magnitude earthquake struck the southern part of Iran at 16:30 on Qeshm Island near Bandar Abbas today. UAE residents in Dubai, Abu Dhabi and Sharjah reported feeling buildings swaying during the occurrence of the natural disaster.

One expat took to Facebook stating “Think we might have just had a small earthquake… Did anyone else feel a wobble? I’m in Al Sufouh Area”. With another responding “We are in Al Furjan and I felt it so badly”.

The National Centre of Meteorology has stated that the quake was “slightly felt by residents without any effect”.