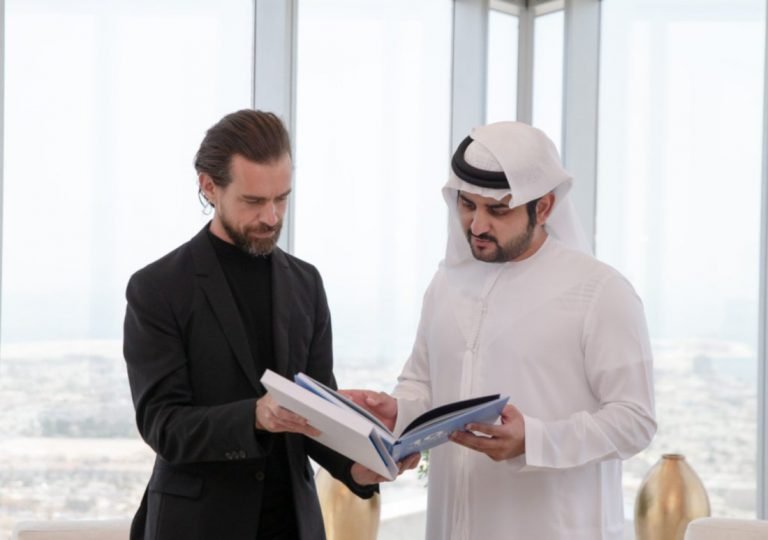 Jack Dorsey, Co-founder and CEO of Twitter is on a global tour including Dubai, and bought a special gift for HH Sheikh Mohammed bin Rashid Al Maktoum.

HH Sheikh Maktoum says, “Dubai and Twitter share many aspects in common. Both stand as global hubs open for people, build bridges of understanding and dialogue among nations and represent platforms to nurture youth’s energies and creativity.”

To mark his arrival in Dubai, the Twitter chief posted a photo of his special entry stamp. The stamp shows the iconic Twitter logo next to the Dubai skyline on a sticker, with the date of arrival. He greeted his followers, tweeting “Marhaba Dubai.”