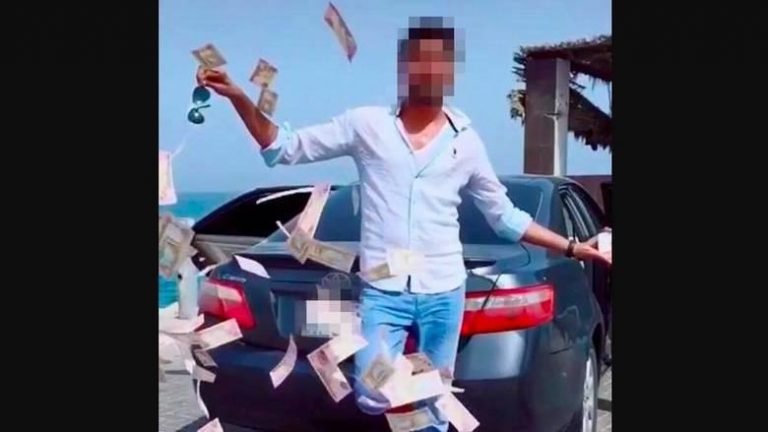 Two men have been jailed for a year and fined AED200,000 for throwing fake money at workers for a social media video stunt.

The two men filmed themselves throwing 50,000 Euros of fake currency from their car window to workers.

They then filmed the workers grabbing the money. One of the jailed men admitted they’d done it to gain more Instagram followers.

At the time of the video, one of the men had nearly 400,000 followers. Many of the videos showed him living the high life in expensive cars like a Rolls Royce, Bentley, Ferrari and Lamborghini.

The men were initially jailed for two years and fined AED200,000. But the Appeals Court reduced the sentence to one year.

The cybercrime patrols of Dubai police detected the video. They charged the accused with ‘with endangering the labourers’ safety’ as well as for flouting Covid-19 safety rules. Upon further inquiry, police also found out that the money was fake.

Police searched the 32-year-old’s house and found $740,000 (Dh2.7 million) and 467,000 euros (Dh2 million) in fake banknotes. He told the Dubai Court of First Instance he bought the fake dollar notes online for AED1,000 and got the fake euros from a print shop in Dubai.

The two men were eventually found guilty of smuggling and possessing and circulating counterfeiting currency in the country.