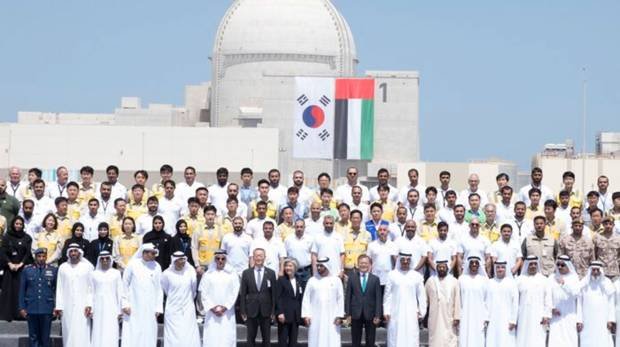 Four nuclear power reactors will be developed in UAE.

According to the green energy website ‘Conserve Energy Future’, nuclear power is “the most environmentally friendly source of energy” because “it produces fewer greenhouse gas emissions during the production of electricity as compared to traditional sources like coal power plants.” Once operational, it is estimated that the four power reactors can contribute to saving 21 million tonnes of carbon emissions every year.

UAE is the 33rd country to have nuclear power reactors.

The UAE and Korea are ambitious countries with a converging vision and an exceptional, model relationship. We have a productive partnership which serves our higher interests and we shall do everything to make it grow even stronger. pic.twitter.com/Q2XjQLrh9g