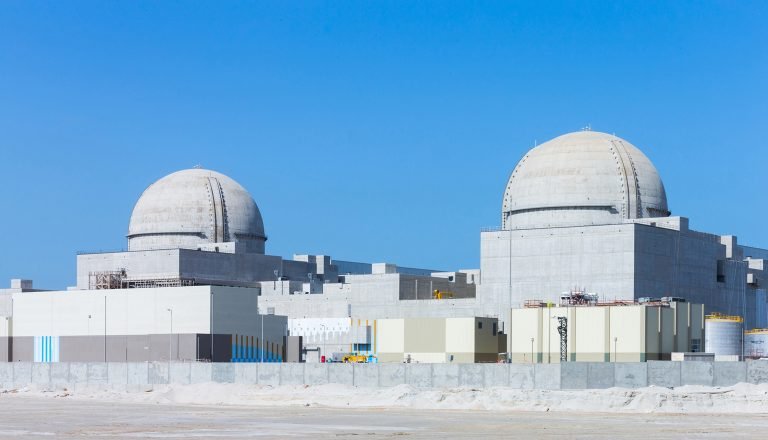 The Barakah plant uses South Korean technology and is located on the Gulf Coast east of Qatar. The plant was due to start in 2017 but was delayed due to safety requirements.

It’s hoped that the Arab world’s first ever nuclear plant will provide a quarter of the UAE’s energy.

The Emirates Nuclear Energy Corporation (ENEC) said: “It will provide up to 25% of the UAE’s electricity needs once fully operational and will help prevent the release of 21 million tons of carbon emissions, equivalent to removing 3.2 million cars off the road annually.”

The new plant is part of the country’s plans to diversify it’s energy sources and become less reliant on oil and gas.

And that includes huge new solar power plants and harnessing the wind. The innovation doesn’t stop there as one company are literally making water out of the desert air.

A pioneering American company has found a way to make bottled drinking water right out of the hot and humid Dubai desert air.

Using renewable energy, the water is literally sucked out of the moisture in the air and turned into bottled water.

As incredible as it sounds, it’s being built right here in Dubai thanks to the Zero Mass Water company. The American company have set up a water bottling plant 20km from Dubai. And using solar power, recyclable bottles and sustainable caps, they’re creating a viable alternative to desalination.